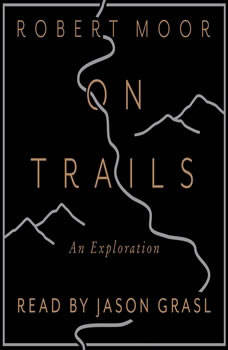 On Trails: An Exploration

From a brilliant new literary voice comes a groundbreaking exploration of how trails help us understand the world—from tiny ant trails to hiking paths that span continents, from interstate highways to the Internet. In 2009, while thru-hiking the Appalachian Trail, Robert Moor began to wonder about the paths that lie beneath our feet: How do they form? Why do some improve over time while others fade? What makes us follow or strike off on our own? Over the course of the next seven years, Moor traveled the globe, exploring trails of all kinds, from the miniscule to the massive. He learned the tricks of master trail-builders, hunted down long-lost Cherokee trails, and traced the origins of our road networks and the Internet. In each chapter, Moor interweaves his adventures with findings from science, history, philosophy, and nature writing—combining the nomadic joys of Peter Matthiessen with the eclectic wisdom of Lewis Hyde’s The Gift. Throughout, Moor reveals how this single topic—the oft-overlooked trail—sheds new light on a wealth of age-old questions: How does order emerge out of chaos? How did animals first crawl forth from the seas and spread across continents? How has humanity’s relationship with nature and technology shaped world around us? And, ultimately, how does each of us pick a path through life? Moor has the essayist’s gift for making new connections, the adventurer’s love for paths untaken, and the philosopher’s knack for asking big questions. With a breathtaking arc that spans from the dawn of animal life to the digital era, On Trails is a book that makes us see our world, our history, our species, and our ways of life anew. “The best outdoors book of the year” —Sierra Club “Stunning…A wondrous nonfiction debut” —Departures “Moor’s book is enchanting” —The Boston Globe “A wanderer’s dream” —The Economist