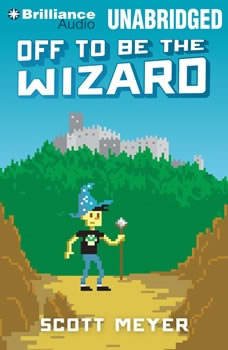 Off to Be the Wizard

An io9 Can't Miss Science Fiction and Fantasy title in March 2014.Martin Banks is just a normal guy who has made an abnormal discovery: he can manipulate reality, thanks to reality being nothing more than a computer program. With every use of this ability, though, Martin finds his little “tweaks” have not escaped notice. Rather than face prosecution, he decides instead to travel back in time to the Middle Ages and pose as a wizard.What could possibly go wrong?An American hacker in King Arthur’s court, Martin must now train to become a full-fledged master of his powers, discover the truth behind the ancient wizard Merlin…and not, y’know, die or anything.

NEW YORK TIMES BESTSELLER • Iron Druid Atticus O’Sullivan, hero of Kevin Hearne’s epic urban fantasy series, has a point to make—and then drive into a vampire’s heart. When a Druid has lived for two thousand ye...