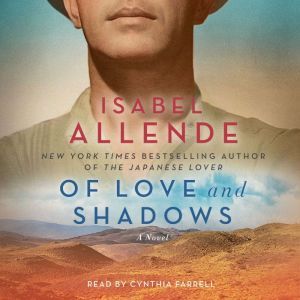 Of Love and Shadows: A Novel

This profoundly moving tale of love, bravery, and tragedy by New York Times bestselling author Isabel Allende brings to life a country ruled with an iron fist—and the men and women who dare to challenge it.Irene Beltrán is a force to be reckoned with. As a magazine journalist, an unusual profession for a woman with her privileged upbringing, she is constantly challenging the oppressive regime. Her investigative partner is photographer Francisco Leal, the son of impoverished Spanish Marxist émigrés. Together, they are an inseparable team and—despite Irene’s engagement to an army captain—form a passionate connection. When an assignment leads them to uncover an unspeakable crime, they are determined to reveal the truth in a nation overrun by terror and violence. Together, they will risk everything for justice—and, ultimately, to embrace the passion that binds them.