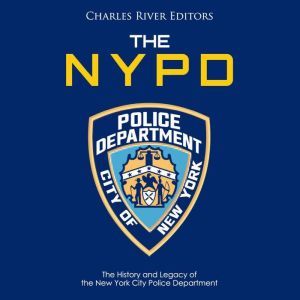 NYPD, The: The History and Legacy of the New York City Police Department

While America’s biggest city constantly changes, the largest police force in the United States, the New York Police Department, is no stranger to the limelight. Quite the contrary, the NYPD has become immutably entrenched in American culture, past and present. The acronym itself, while a mouthful, is effortlessly musical and therefore commands a certain presence. It is also the most internationally renowned police department, recognizable even to non-Americans and non-native English speakers, thanks to the virtually incalculable depictions of the department in various forms of literature, movies, and television shows. Chances are people across the world have stumbled on media depictions of the NYPD, such as Sidney Lumet's Serpico, the Die Hard franchise, NYPD Blue, and even lighthearted comedies like Brooklyn Nine-Nine.

Of course, the limelight is much like a double-edged sword, and there is a noticeable rift in New Yorkers' perception of their homegrown police force. To some, NYPD officers – excluding a few bad eggs – have, throughout history, endeavored above and beyond time and again to fulfill their duty to protect and serve. Their valiance is best exemplified by the unparalleled heroism they exhibited during the devastating terrorist attacks on 9/11, during which 23 NYPD officers died after rushing to the horrific scene to aid people. Dozens more have since succumbed to the incurable, mostly lung-related illnesses they contracted during the rescue operations at Ground Zero. These unflinching first responders helped save up to 25,000 others around the area that day.

On the opposite end of this rift are those who are anything but fond of the NYPD. Many critics consider the NYPD’s reputation permanently marred by the scores of scandals that the department has been mired in since its very inception, including evidence tampering, various forms of corruption, and especially police brutality and violence.