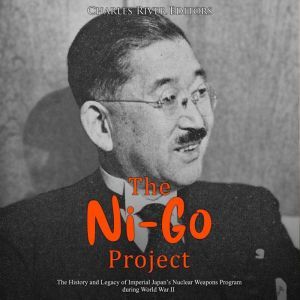 The Manhattan Project would ultimately yield the “Little Boy” and “Fat Man” bombs that released more than 100 Terajoules of energy at Hiroshima and Nagasaki, but as it turned out, the Axis were not far behind with their own nuclear weapons program. When the Nazis’ quest for a nuclear weapon began in earnest in 1939, no one really had a handle on how important nuclear weapons would prove to war and geopolitics. The attacks on Hiroshima and Nagasaki in August 1945, along with the Cold War-era tests and their accompanying mushroom clouds, would demonstrate the true power and terror of nuclear weapons, but in the late 1930s these bombs were only vaguely being thought through, particularly after the successful first experiment to split the atom by a German scientist. The nuclear age itself was in its infancy, barely 35 years old, but within a few short years the advent of nuclear war loomed over the world and the prospect of the enemy winning the nuclear race kept Allied leaders awake at night.

In November 1921, roughly a year after the Treaty of Versailles came into effect, Japan, Britain, and the United States gathered to sign another treaty of disarmament at the Washington Naval Conference. However, Japan opted against renewing the pact in the mid-1930s, and around the same time, Germany openly breached the terms of the former treaty and began to restock their weapons. This gave rise to the birth of a new and unprecedented arms race, one that had catastrophically disastrous consequences about a decade later.

Although their project is typically overlooked given the American use of the bombs and then the Soviets following suit early on in the Cold War, the Japanese avidly pursued nuclear weapons as well. The Ni-Go Project: The History and Legacy of Imperial Japan’s Nuclear Weapons Program during World War II examines Japan’s race to reach the ultimate goal during the war, how they went about their objectives, and why they failed.