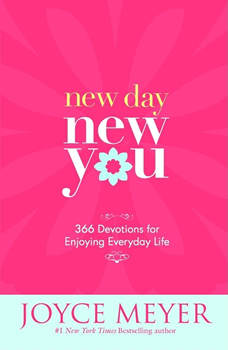 Joyce Meyer stresses the importance of spending even just a few minutes every morning with God. Beginning each day this way is an opportunity to get off on the right foot and to set the tone for the day.

Living a Life You Love
by Joyce Meyer

Faith for Exiles
by Aly Hawkins