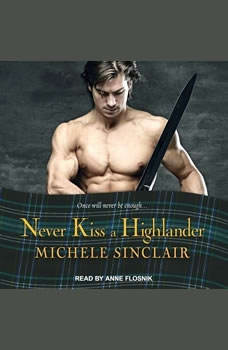 A Lasting Passion Elite McTiernay guardsman Hamish MacBrieve is looking for a clean start. But when his brother, laird of Foinaven Castle, leaves the family holdings dangerously unprotected, Hamish has no choice but to return and keep his clansmen safe. And when he does, he discovers that Foinaven's painful memories have been replaced by the most distracting opportunity for passion. A Timeless Seduction When Mairead MacMhathain learns that the eldest MacBrieve is returning home, she imagines he'll bring salvation in the form of a powerful army. Instead, the hulking, powerful man she idolized as a girl arrives alone. But now instead of a little sister, Hamish sees her as the woman she has become. And under his heated gaze, despite the danger swirling around them, Mairead finds herself tempted, taunted, and tantalizingly seduced . . . Contains mature themes.

To Wed a Highlander
McTiernay Brothers #2