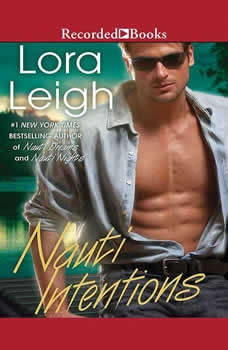 Fourth in the New York Times bestselling series known for "blistering sexuality and eroticism." (Romance Reviews Today) Since he saw Janey Mackay taking a dip in her bikini, Major Alex Jansen has had to quell the fire she ignites in him. Even touching her would mean death at the hands of the Mackay men. Until now, the girl of his dreams--and fantasies--has lived in a vacuum of affection, shying away from the danger she thinks men represent. Alex sets out to prove her wrong, with his torturously slow caresses. Everyone thinks Janey's safe now, with her abusers dead. But when someone starts leaving spine chilling notes, Alex won't rest until she's completely safe. And completely his--body and soul...