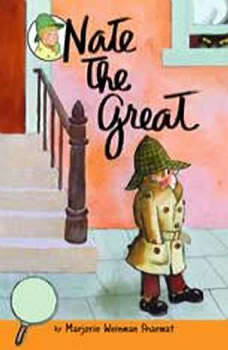 Join the world’s greatest detective, Nate the Great, as he solves the mystery of the lost picture! Perfect for beginning readers and the Common Core, this long-running chapter book series will encourage children to problem-solve with Nate, using logical thinking to solve mysteries!

CAN NATE SOLVE THE CASE FOR HIS FRIEND ANNIE?

Nate the Great has a new case! His friend Annie has lost a picture. She wants Nate to help her find it. Nate the Great must get all the facts, ask the right questions, and narrow the list of suspects so he can solve the mystery.

Praise for the Nate the Great Series

★ “Kids will like Nate the Great.” —School Library Journal, Starred

“Nate, Sludge, and all their friends have been delighting beginning readers for years.” —Kirkus Reviews

“They don’t come any cooler than Nate the Great.” —The Huffington Post