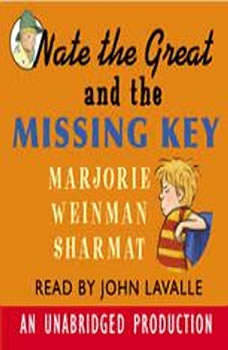 Nate The Great and the Missing Key

Annie has lost her house key. Now she can’t set up for Fang’s birthday party. Nate doesn't want to go to a party for Annie's ferocious dog. But he can't resist a mystery. Nate the Great and his trusty dog, Sludge, are hot on the trail!

“Casual and comic, Simont’s drawings are . . . lively, adding vitality to the brisk first-person account of yet another deductive triumph. . . . Satisfying, nicely structured and written, this can also be used for reading aloud to younger children.”—The Bulletin of the Center for Children's Books

Nate The Great and the Missing Key
Nate the Great #6