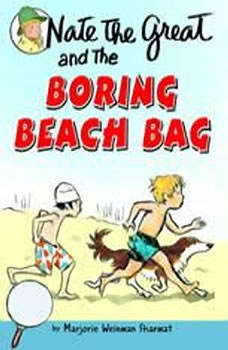 Nate the Great and the Boring Beach Bag

Oliver's boring beach bag is gone! This is a perfect case for Nate the Great and his trusty dog, Sludge. But there aren’t many clues in the sand and surf. Which trail should they follow?

“Young readers who have enjoyed past adventures of Nate the Great are sure to like this new one . . . well-written and easy for primary children to follow.” —School Library Journal