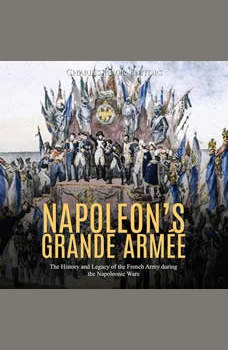 Napoleon’s Grande Armee: The History and Legacy of the French Army during the Napoleonic Wars

Nearly 50 years after Napoleon met his Waterloo, generals across the West continued to study his tactics and engage their armies the same way armies fought during the Napoleonic Era. Despite advances in military technology and the advent of railroads for transportation, all of which made defensive warfare more effective, acclaimed military geniuses like Robert E. Lee used flank attacks and infantry charges against superior numbers in an effort to win decisive victories, and it would not be until World War I that concepts of modern warfare made the Napoleonic Era of the early 19th century outdated.

The French army which became known as the Grande Armee existed for just 10 years, from 1805 – 1815, and the question of what it was about this army that allowed it to win so many notable victories and to survive defeats which would have destroyed lesser armies has fascinated historians and writers ever since. After all, in terms of equipment, weapons, and battlefield tactics, there was little to distinguish the Grande Armee from other European armies in the early 1800s, but in battles such as Austerlitz (1805), Jena-Auerstedt (1806) and Wagram (1809) it won stunning victories, often against numerically superior enemies. No single factor can account for these victories, which could be attributed to a combination of high morale, a truly egalitarian approach to promotion from the ranks, a radical army organization, and the inspired leadership of Napoleon, all of which combined to make the Grande Armee virtually unbeatable for the first few years of its existence.

At the same time, Napoleon and his Grande Armee’s most famous campaigns were the ones that ended in defeat. At Waterloo, it would end disastrously, as Napoleon’s armies were unable to dislodge Wellington and unable to keep the Prussians from linking up with the British. The battle would end with the French suffering nearly 60% casualties and it would end Napoleon’s reign.