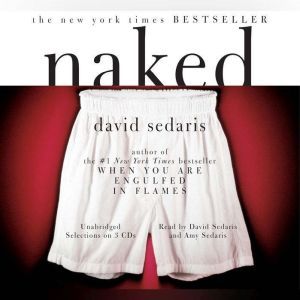 Welcome to the hilarious, strange, elegiac, outrageous world of David Sedaris. In Naked, Sedaris turns the current mania for the memoir on its proverbial ear, mining the exceedingly rich terrain of his life, his family, and his unique worldview, a sensibility at once take-no-prisoners sharp and deeply charitable. A tart-tongued mother does dead-on imitations of her young son's nervous tics, to the great amusement of his teachers; a stint of Kerouackian wandering is undertaken (of course!) with a quadriplegic companion. Through it all is Sedaris's unmistakable voice, without a doubt one of the freshest in American writing.