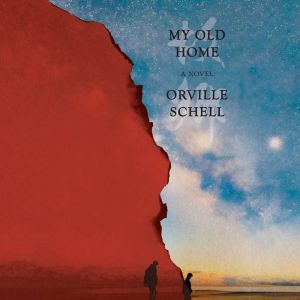 My Old Home: A Novel of Exile

A uniquely experienced observer of China gives us a novel that recounts the familiar but still mesmerizing events from the rise of Mao Zedong to the Tiananmen Square uprising, and the impact of that history on one father and his son.

It is 1950, and Li Tongshu is one of the few Chinese citizens to have graduated from the San Francisco Conservatory of Music. Engaged to Vivian Knight, a Chinese American violinist, Tongshu is drawn by Mao's promise "to build a new China" and by the enthusiasm so many other Chinese artists and scientists living abroad have expressed at that prospect. The odds of Tongshu ever having a successful career as a performer in the United States are small, and so when the new president of the recently established Central Conservatory of Music in China offers him a teaching position, he leaves San Francisco and returns home with his new wife. But now Tongshu is forced to contend with the erratic and unexpected shifts of a government determined to control the beliefs and convictions of its citizens, with suspicion of the Western culture that educated him, and with the ways in which his son, Little Li, becomes caught up in the maelstrom of political and ideological upheaval that not only threatens to destroy his family but will also ultimately destroy the essential fabric of Chinese society.