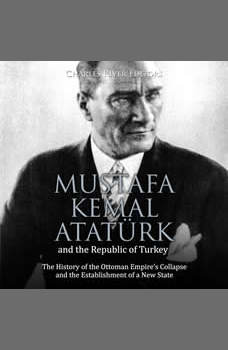 Mustafa Kemal Ataturk and the Republic of Turkey: The History of the Ottoman Empire’s Collapse and the Establishment of a New State

The fall of the Ottoman Empire set the political and geostrategic scene of the new Middle East. In 1920, two years after the end of the war, the region was already experiencing growing instability. The issues and trends that would plague the region until today were growing. On April 4, Arab riots broke out in Jerusalem, fueled by the growing hostility against the Zionist movement. The British passivity would convince one of the Jewish leaders, Vladimir Jabotinsky (the future founder of the Israeli right-wing), of the strategic necessity of a strong Jewish military as the core of the future state.

Just two weeks later in Turkey, the Grand National Assembly in Ankara set the foundation of the Turkish state, opening the way for several years of reforms. In Iraq, a Shiite revolt broke out in the south, as locals demanded the creation of an Islamic state. The British compromise was to place Faisal, the son of Sharif Hussein and a Sunni, on the throne. His father, meanwhile, was embroiled in a conflict with a local tribe, the Ibn Saud, that sought to carve a new kingdom in the Arabian Peninsula.

More broadly, the long decline of the “sick man of Europe” fostered the emergence of nationalistic and ideological movements that are still key to any understanding of the Middle East today. The compatibility between the Islamic religion and culture and Western reforms were first discussed within the Ottoman Empire, and they are still up for debate today. Abdul Hamid’s pan-Islamism, while its results at the time remain limited, still resonates within the Muslim world and can still be seen as a viable rival to the region’s various nationalistic aspirations.