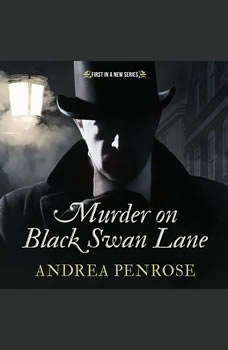 The Earl of Wrexford possesses a brilliant scientific mind, but boredom and pride lead him to reckless behavior. He does not suffer fools gladly. So when pompous, pious Reverend Josiah Holworthy publicly condemns him for debauchery, Wrexford unsheathes his rapier-sharp wit and strikes back. As their war of words escalates, London's most popular satirical cartoonist, A. J. Quill, skewers them both. But then the clergyman is found slain in a church-his face burned by chemicals, his throat slashed ear to ear-and Wrexford finds himself the chief suspect. An artist in her own right, Charlotte Sloane has secretly slipped into the persona of her late husband, using his nom de plume A. J. Quill. When Wrexford discovers her true identity, she fears it will be her undoing. But he has a proposal-use her sources to unveil the clergyman's clandestine involvement in questionable scientific practices, and unmask the real murderer. Soon Lord Wrexford and the mysterious Mrs. Sloane plunge into a dangerous shadow world hidden among London's intellectual enclaves to trap a cunning adversary-before they fall victim to the next experiment in villainy . . .