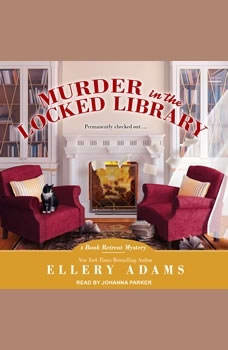 Murder in the Locked Library

With her twins, Fitzgerald and Hemingway, back in school, Jane Steward can finally focus on her work again—managing Storyton Hall, and breaking ground on the resort's latest attraction: a luxurious, relaxing spa named in honor of Walt Whitman. But when the earth is dug up to start laying the spa's foundation, something else comes to the surface—a collection of unusual bones and the ragged remnants of a very old book. The attendees of the Rare Book Conference are eager to assist Jane with this unexpected historical mystery—until a visitor meets an untimely end in the Henry James Library. As the questions—and suspects—start stacking up, Jane will have to uncover a killer before more unhappy endings ensue . . .