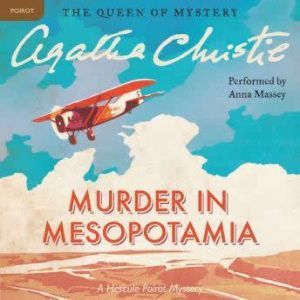 Suspicious events at a Middle Eastern archaeological excavation site intrigue the great Hercule Poirot as he investigates Murder in Mesopotamia, a classic murder mystery from Agatha Christie.Amy Leatheram has never felt the lure of the mysterious East, but when she travels to an ancient site deep in the Iraqi desert to nurse the wife of a celebrated archaeologist, events prove stranger than she could ever have imagined. Her patient's bizarre visions and nervous terror seem unfounded, but as the oppressive tension in the air thickens, events come to a terrible climax--in murder.With one spot of blood as his only clue, Hercule Poirot must embark on a journey not just across the desert, but into the darkest crevices of the human soul to unravel a mystery which taxes even his remarkable powers.

British actress Anna Massey, was chosen to read this story because it is written and narrated by the nurse. While she has a lovely voice, her Hercule Poirot accent is so heavy that I had difficulty understanding. American accents are not her forte. I didn't enjoy this story as much as I wanted due to the reading by Ms. Massey. It was only because I have seen the movie that I was able to follow along. 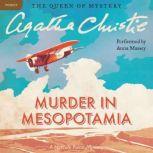