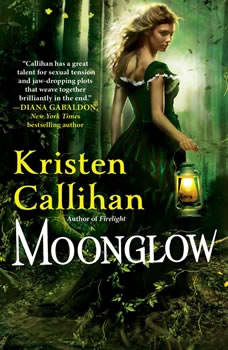 Once the seeds of desire are sown . . . Finally free of her suffocating marriage, widow Daisy Ellis Craigmore is ready to embrace the pleasures of life that have long been denied her. Yet her new-found freedom is short lived. A string of unexplained murders has brought danger to Daisy's door, forcing her to turn to the most unlikely of saviors . . . Their growing passion knows no bounds . . . Ian Ranulf, the Marquis of Northrup, has spent lifetimes hiding his primal nature from London society. But now a vicious killer threatens to expose his secrets. Ian must step out of the shadows and protect the beautiful, fearless Daisy, who awakens in him desires he thought long dead. As their quest to unmask the villain draws them closer together, Daisy has no choice but to reveal her own startling secret, and Ian must face the undeniable truth: Losing his heart to Daisy may be the only way to save his soul.

Honoria Smythe-Smith is:A) a really bad violinist B) still miffed at being nicknamed "Bug" as a childC) not in love with her older brother's best friendD) all of the aboveMarcus Holroyd is:A) the Earl of ChatterisB) regrettably prone to sprained an...

London, 1881Once the flames are ignited . . . Miranda Ellis is a woman tormented. Plagued since birth by a strange and powerful gift, she has spent her entire life struggling to control her exceptional abilities. Yet one innocent but irreversible m...

To Desire a Devil
by Elizabeth Hoyt

Beatrice Corning, the niece of the present earl, is a proper English miss. But she has a secret: no real man has ever excited her more than the handsome youth in the portrait in her uncles home. Suddenly, that very man, thought to be murdered years ...

Once blissfully in love . . . Poppy Lane is keeping secrets. Her powerful gift has earned her membership in the Society for the Suppression of Supernaturals, but she must keep both her ability and her alliance with the Society from her husband, Win...