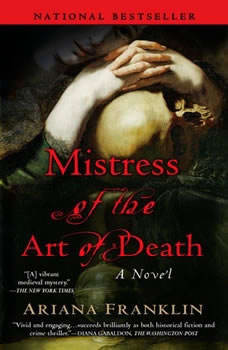 Mistress of the Art of Death

Series: The Mistress of the Art of Death series

The national bestselling hit hailed by the New York Times as a "vibrant medieval mystery...[it] outdoes the competition."

In medieval Cambridge, England, Adelia, a female forensics expert, is summoned by King Henry II to investigate a series of gruesome murders that has wrongly implicated the Jewish population, yielding even more tragic results. As Adelia's investigation takes her behind the closed doors of the country's churches, the killer prepares to strike again.

The Last Kingdom
by Bernard Cornwell

This is the exciting—yet little known—story of the making of England in the 9th and 10th centuries, the years in which King Alfred, his son and grandson defeated the Danish Vikings who had invaded and occupied three of England's fou...

A Respectable Trade
by Philippa Gregory

From the author of The Other Boleyn Girl—a book about the devastating consequences of the slave trade in 19th century England.Bristol in 1787 is booming, a city where power beckons those who dare to take risks. Josiah Cole, a small dockside tr...

The Mistress of the Art of Death series Bundle

The Serpent's Tale
The Mistress of the Art of Death se...

Grave Goods
The Mistress of the Art of Death se...