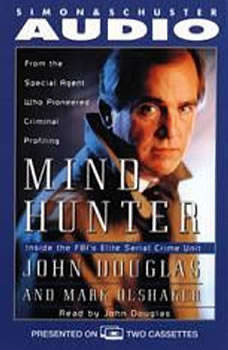 He has hunted some of the most notorious and sadistic criminals of our time: TheTrailside Killer in San Francisco, the Atlanta Child murderer. He has contronted,interviewed and researched dozens of serial killers and assassins -- includingCharles Manson, Richard Speck, John Wayne Gacy, and James Earl Ray -- for alandmark study to understand their motives. To get inside their minds.He is Special Agent John Douglas, the model for law enforcement legend JackCrawford in Thomas Harris's thrillers Red Dragon and The Silence of theLambs, and the man who ushered in a new age in bahavorial science andcriminal profiling. Recently retired after twenty-five years of service, JohnDouglas can finally tell his unique and compelling story. With journalist MarkOlshaker, he gives us a behind the scenes look at his fascinating career,revisiting his journeys into the dark recesses and calculated madness presentonly in our worst nightmares. This is the true-crime work everyone has beenwaiting for -- by the Mindhunter himself.