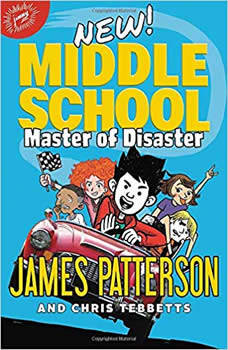 In this blockbuster installment of the bestselling Middle School series, Rafe and the other favorite characters from James Patterson's books for kids join forces for the first time in a hilarious adventure!Rafe and Jimmy, two misunderstood "troublemakers", are finally up to something good. They're in charge of a huge celebration of books and reading -- but when a small issue snowballs into a big problem that threatens to derail the whole event, they need to work fast to keep things on track!And the best part? Rafe and Jimmy are joined by the funniest storytellers they know, including Jamie Grimm from I Funny, Jacky Ha-Ha, the Kidd family of Treasure Hunters, and super-genius Max Einstein -- everyone's favorite characters from James Patterson's bestselling series for kids!