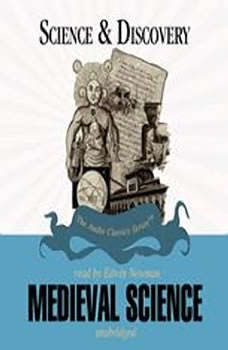 After Rome fell in the 5th century A.D., Europe endured a long drought of ideas. The Middle Ages were a time when spiritual, otherworldly concerns dominated intellectual life; study of the natural world was directed toward moral and religious truth. The works of Aristotle and Plato were almost entirely lost (and often purposefully destroyed) during the Dark Ages (455 1000 A.D.). The library and museum at Alexandria, a major repository of learning, was destroyed. Only in the Muslim world of Arabia and Spain, and in some Christian monasteries, was worldly learning preserved to any extent at all. Influences from China, India, and Persia shaped many of the new scientific developments that did occur. Alchemists, the forerunners of modern chemists, were influenced by Neoplatonist views about the close relationship between appearance and reality; they sought to change metals by changing their color. Many natural events were mysterious; magic or superstition were common, and there was a great overlap between the natural and the supernatural. After 1000 A.D., translations of great works were increasingly available, and craft associations evolved into universities. Most educated people were clergy, and they worked to justify their faith with the new learning. With the development of printing in 1452 and the increasing dispersion of knowledge, a foundation was being laid for a scientific breakthrough in the Renaissance.