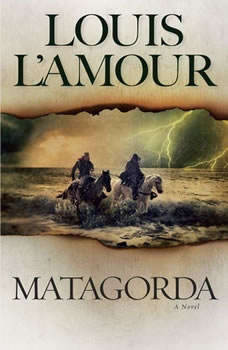 Tap Duvarney lost his innocence in the War Between the States and then put his skills to the test as a soldier in the frontier army. Now he has settled on the Texas coast, working a ranch as the partner of his old friend Tom Kittery–and finding himself in the middle of a feud between Kittery and the neighboring Munson family. Around Matagorda Island, most people are either backing the Munsons or remaining silent. But the danger from outside Kittery’s camp is nothing compared to the threat within, as Duvarney begins to suspect that Kittery’s woman isn’t everything she appears to be. Now Tap is discovering that he must go to war again. But will it be with the Munsons–or with his closest friend?