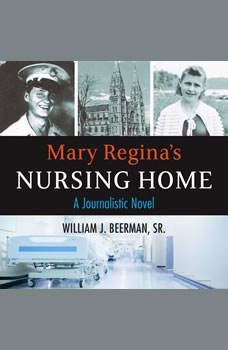 Mary Regina’s nursing home is a substantive 10-hour journalistic novel hybrid with content assembled over 5 years of research by a retired former journalist and certified internal auditor, William J. Beerman, Sr. The factual information assembled during the research is wrapped in a human interest story about William's Catholic German-American family during the post-WW II years in Pittsburgh, PA and his mother's 13-year divorce war with his father, a steelworker. The book includes 2018 reporting on state attorney general investigations and lawsuits encompassing 65 nursing homes and more than 1 million patient-days of nursing home care. The book is named after William’s mother, Mary Regina, who died after a short stay in a nursing home. After Mary Regina’s death, William filed suit over the mistreatment his mother had suffered, and he began looking into how the government oversees nursing homes. What he found out was alarming. This book presents in an easy-to-read, memoir-like framework, a three-part narrative: (1) the human-interest background story of Mary Regina and William, (2) details of Mary Regina’s hospital and nursing home experiences, and (3) what William found out about government oversight of nursing homes. William’s well documented complaints about the nursing home to the state department of health (DOH) were not handled satisfactorily. As a former auditor, he knew the methodology that the DOH used to investigate the complaints was doomed to fail. After researching his mother’s case, William realized that hundreds of thousands of others had filed complaints about nursing homes. He decided to broaden out his research from his mother’s case study. He looked into how the state and federal oversight systems work. The author wants to share what he found out with nursing home consumers. This book gives a voice to thousands of families and patients who have experienced neglect and abuse while in a nursing home.