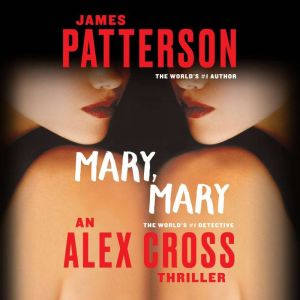 FBI agent Alex Cross is on vacation with his family at Disneyland when he gets a call from the Director. A well-known actress was shot outside her home in Beverly Hills. Shortly afterward, an editor for the Los Angeles Times receives an e-mail describing the murder in vivid detail. Alex quickly learns that this is not an isolated incident. The killer, known as Mary Smith, has done this before and plans to kill again. Right from the beginning, this case is like nothing Alex has ever confronted. Is this the plan of an obsessed fan or a spurned actor, or is it part of something much more frightening? And particularly baffling, how could a woman be capable of these vicious crimes? Members of Hollywood's A-list fear they're next on Mary's list, and the case grows by blockbuster proportions as the LAPD and FBI scramble to find a pattern before Mary can send one more chilling update. Filled with the ruthless and shocking twists that make his fans hunger for more, Mary, Mary is James Patterson's most sophisticated thriller yet.

This is a good book although at times a little confusing. Some of the characters seem to run together and are hard to keep up with. Other than that a pretty good book.

I am a great Patterson fan and so far haven't read one of his books that I didn't like. I really enjoy the Woman's Murder Club series. 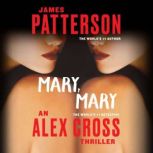