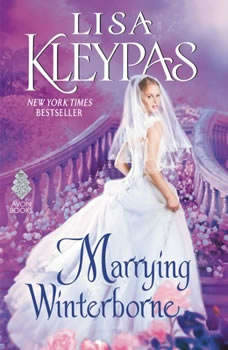 A ruthless tycoonSavage ambition has brought common-born Rhys Winterborne vast wealth and success. In business and beyond, Rhys gets exactly what he wants. And from the moment he meets the shy, aristocratic Lady Helen Ravenel, he is determined to possess her. If he must take her virtue to ensure she marries him, so much the better . . .A sheltered beautyHelen has had little contact with the glittering, cynical world of London society. Yet Rhys’s determined seduction awakens an intense mutual passion. Helen’s gentle upbringing belies a stubborn conviction that only she can tame her unruly husband. As Rhys’s enemies conspire against them, Helen must trust him with her darkest secret. The risks are unthinkable . . . the reward, a lifetime of incomparable bliss. And it all begins with…Marrying Mr. Winterborne

The Winter Rose
by Jennifer Donnelly