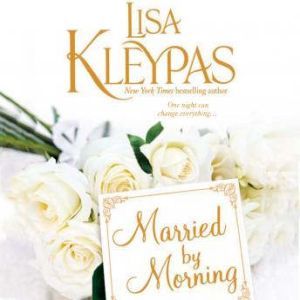 He is everything she wants to avoid… For two years, Catherine Marks has been a paid companion to the Hathaway sisters — a pleasant position, with one caveat. Her charges’ older brother, Leo Hathaway, is thoroughly exasperating. Cat can hardly believe that their constant arguing could mask a mutual attraction. But when one quarrel ends in a sudden kiss, Cat is shocked at her powerful response — and even more so when Leo proposes a dangerous liaison. She is not at all what she seems… Leo must marry and produce an heir within a year to save his family home. Catherine’s respectable demeanor hides a secret that would utterly destroy her. But to Leo, Cat is intriguing and infernally tempting, even to a man resolved never to love again. The danger Cat tried to outrun is about to separate them forever — unless two wary lovers can find a way to banish the shadows and give in to their desires… “Will leave you breathless.” — Romantic Times BOOKreviews

I finished this one froms start to finish in the same afternoon. I have been eagerly waiting for this latest installment in the Hathaways. Although the plot was a little predictable, I would still recommned it especially for someone who has read the rest of the series.