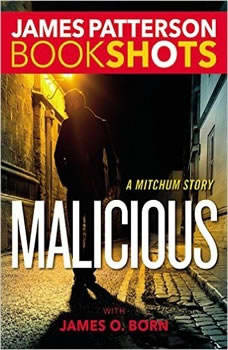 Did my brother kill your husband?Mitchum is back. His brother's been charged with murder. Nathaniel swears he didn't kill anyone, but word on the street is that he was involved with the victim's wife. Now, Navy SEAL dropout Mitchum will break every rule to expose the truth--even if it destroys the people he loves.BookShotsLIGHTNING-FAST STORIES BY JAMES PATTERSON Novels you can devour in a few hours Impossible to stop reading All original content from James Patterson