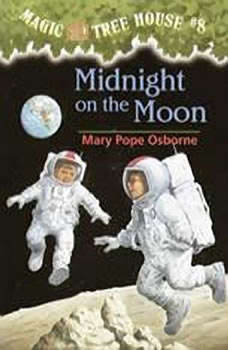 Three …two…one…BLAST OFF! The Magic Tree House whisks Jack and Annie off to the moon—and the future. Their mission? To find the last "M" thing that will free Morgan from the spell. Can they do it before the air in their oxygen tank runs out? Will the mysterious moon man help them? And why is Peanut the mouse acting so strange?