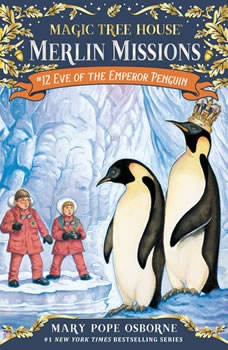 Jack and Annie arrive on the one continent they haven’t visited before: Antarctica! What can they hope to learn about happiness in such a barren place? Only the penguins know for sure…Jack and Annie are about to find out!