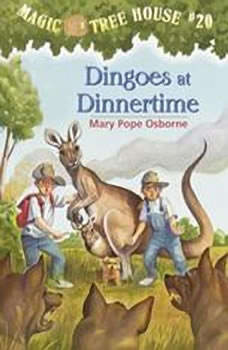 Wildfire! That's what Jack and Annie are up against when they are whisked away to the land of Australia. And they're not alone! Jack and Annie must help a baby kangaroo and a koala escape from a fire-filled forest. Will they be able to rescue the animals in time?