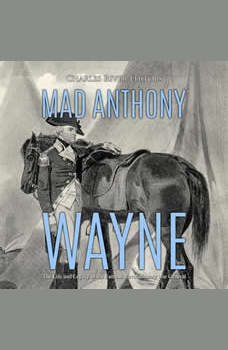 Mad Anthony Wayne: The Life and Legacy of the Famous Revolutionary War General

“Issue the orders Sir, and I will storm Hell.” – Mad Anthony Wayne

The American Revolution is replete with seminal moments that every American learns in school, from the “shot heard ‘round the world” to the Declaration of Independence, but the events that led up to the fighting at Lexington & Concord were borne out of 10 years of division between the British and their American colonies over everything from colonial representation in governments to taxation, the nature of searches, and the quartering of British regulars in private houses. From 1764-1775, a chain of events that included lightning rods like the Townshend Acts led to bloodshed in the form of the Boston Massacre, while the Boston Tea Party became a symbol of nonviolent protest.

Aside from George Washington, many Americans are likely able to name just as many foreign generals on the rebel side as American generals. While names like Lafayette, Pulaski, Ko?ciuszko, and Baron von Steuben are quickly associated with the Revolution, American officers like Nathanael Greene, Anthony Wayne, Horatio Gates, Henry Knox, and Light-Horse Harry Lee are often overlooked.

In fact, Wayne was one of early America’s most important commanders, from his distinguished service in the Revolutionary War to leading soldiers against various Native American bands along the frontier after America secured its independence. Wayne played critical roles in several of the Revolution’s most noteworthy campaigns, from the fateful Quebec invasion of 1775-1776 to the Yorktown campaign that ended the major fighting in 1781, with crucial actions at places like Valley Forge and Stony Point. He had been promoted to Major General by the time the war ended, and when he died near the end of the 18th century while still on active duty, few American military officers had left behind as influential legacy as the daring, but almost always successful general.