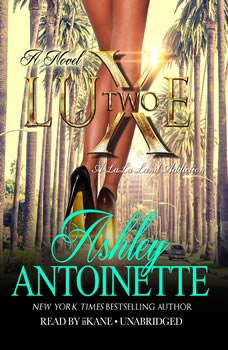 The second novel in the explosive, addictive new Luxe series by New York Times bestselling author Ashley AntoinetteBleu is addicted to the luxe life, and it has led her down a road of self-destruction. She knows what it feels like to be turned out by the game. With a crack addiction that she can't seem to escape, she's desperate for a savior. The problem is she has two great loves who both want to come to her rescue.When her best friend, Noah, comes searching for her, Bleu is faced with a dilemma: Will she let him save her, or will she stick with kingpin Iman, who has loved her since their first encounter? Or will both men lose her to the abusive, deadly love of the high? A 2016 Los Angeles Times Pick for Holiday Books Gift Guide.