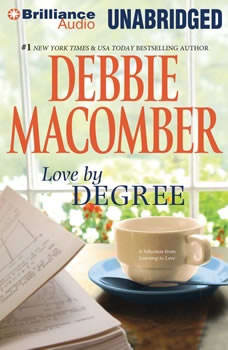 Love by Degree: A Selection from Learning to Love

Going back to college, hitting the books. That’s Ellen Cunningham’s new life. But money’s a little tight and she’s lucky enough to find inexpensive lodging in a house with three young college boys. Ellen plays housemother, a situation that works for everyone – except Reed Morgan, the absentee owner. He’s not pleased to find his house occupied by a bunch of college kids and Ellen. Especially Ellen.