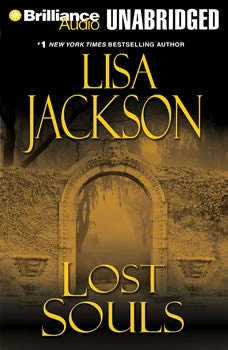 Twenty-seven-year-old Kristi Bentz is lucky to be alive. Not many people her age have nearly died twice at the hands of a serial killer, and lived to tell about it. Her dad, New Orleans detective Rick Bentz, wants Kristi to stay in New Orleans and out of danger. But if anything, Kristi’s experiences have made her even more fascinated by the mind of the serial killer. She hasn’t given up her dream of being a true-crime writer - of exploring the darkest recesses of evil - and now she just may get her chance. Four girls have disappeared at All Saints College in less than two years. All four were “lost souls” - troubled, vulnerable girls with no one to care about them, no one to come looking if they disappeared. The police think they’re runaways, but Kristi senses there’s something that links them, something terrifying. She decides to enroll, following their same steps. All Saints has changed a lot since Kristi was an undergraduate. The stodgy Catholic college has lured edgy new professors to its campus and gained a reputation for envelope-pushing, with classes like the very popular “The Influence of Vampirism in Modern Culture and Literature,” and elaborately staged morality plays that feel more like the titillating entertainment of some underground club than religious spectacles. And there are whispers of a dark cult on campus whose members wear vials of blood around their necks and meet in secret chambers - rituals to which only the elite have access. To find the truth, Kristi will need to become part of the cult’s inner circle, to learn their secrets, and play the part of lost soul without losing herself in the process. It’s a dangerous path, and Kristi is skating on its knife-thin edge. The deeper she goes, the more Kristi begins to wonder if she is the hunter or the prey. She’s certain she’s being watched and followed - studied, even - as yet another girl disappears, and another. And when the bodies finally begin to surface - in ways that bring fear to the campus and terror to the hearts of even hardened cops like Detective Bentz and his partner Reuben Montoya - Kristi realizes with chilling clarity that she has underestimated her foe. She is playing a game with a killer more cunning and bloodthirsty than anyone can imagine, one who has personally selected her for membership in a cult of death from which there will be no escape.