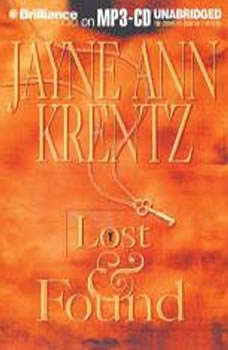 Cady Briggs is very useful to Mack Easton—her expertise in art and antiques helps his shadowy, low-profile company, Lost and Found, find missing treasures for high-paying clients.But as Cady's beloved Aunt Vesta warns her, being useful to a client is one thing—being used is another. Still, Cady finds it hard to resist the magnetic pull Mack exerts, an attraction she felt from the first time she heard his voice on the phone. And as their work together puts them in an explosive situation, Cady wonders just how much she'd risk for the thrill of being with this man.When Aunt Vesta dies suddenly, and strange developments affect her family's prestigious gallery, Cady must turn to a man she isn't sure she can trust. And instead of tracking down missing masterpieces, they'll be hunting down a killer.…