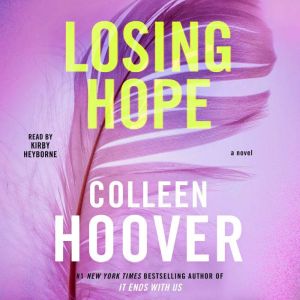 In "Hopeless", Sky left no secret unearthed, no feeling unshared and no memory forgotten, but Holder's past remains a mystery. He is haunted by the little girl he let walk away from him and he has spent his entire life searching for her. He had hoped that he would finally gain closure and be able to rid himself of his guilt the moment they were reconnected. But he could not have anticipated that the exact opposite would occur and even more guilt and regret would be thrust upon him. Sometimes in life, if we wish to move forward we must first dig deep into our past and make amends with it. In "Losing Hope", listeners will learn what was going on inside Holder's head during all those moments that left him feeling hopeless and see whether he can perhaps gain the peace he desperately needs.