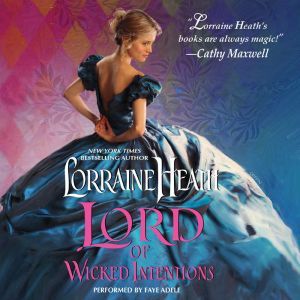 Three young heirs, imprisoned by an unscrupulous uncle, escaped—to the sea, to the streets, to faraway battle— awaiting the day when they would return to reclaim their birthright . . .Lord Rafe Easton may be of noble blood, but survival taught him to rely only on himself and to love no one. Yet when he sets eyes on Miss Evelyn Chambers, an earl's illegitimate daughter, he is determined to have her, if only as his mistress . . .After her father's death, Evelyn Chambers never imagined she would be sold to the highest bidder, yet circumstances give her little choice but to accept the lord's indecent proposal. Rafe is wealthy, as well as ruthless. Yet his coldness belies deep passion and deeper secrets. If she must be his, Evelyn intends to lay bare everything the Lord of Pembrook is hiding. But dark discoveries threaten to destroy them both until unexpected love leads the last lost lord home . . . 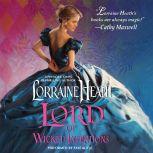 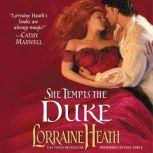 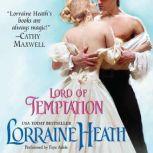 She Tempts the Duke
Lost Lords of Pembrook