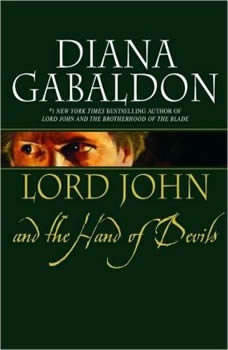 Lord John and the Hand of Devils

Diana Gabaldon, the #1 New York Times best-selling author of the Outlander saga and a Quill Award winner, delivers a treat for her many fans—a collection of three novellas starring the ever-popular Lord John Grey. In these tales, Lord John vows to avenge a murder, investigates a terrifying “night-hag” on the battlefields of Europe, and discovers treason in His Majesty’s ranks.