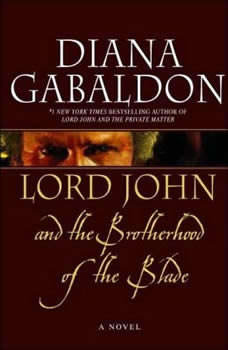 Lord John and the Brotherhood of the Blade

New York Times best-selling author Diana Gabaldon has earned a massive and devoted following for her Outlander series. Now Lord John’s fascinating story continues. It is 1758, and the flames of the Seven Years’ War are burning hotter than ever. The rigors and dangers of battle are actually a welcome respite for Lord John and his brother Hal, who feel the constant strain of their family’s troubled history. Blending war, family secrets, and forbidden love, Gabaldon crafts a suspenseful novel that loyal fans and newcomers alike with find irresistible.

Lord John and the Brotherhood of th...
The Lord John series #2

Lord John and the Hand of Devils
The Lord John series

Lord John and the Private Matter
The Lord John series #1