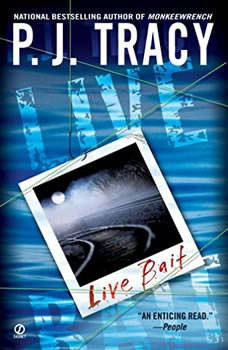 Minneapolis detectives Leo Magozzi and Gino Rolseth are bored—ever since they solved the Monkeewrench case, the Twin Cities have been in a murder-free dry spell, as people no longer seem interested in killing one another. But when elderly Morey Gilbert is found dead in the plant nursery he runs with his wife, Lily, the crime drought ends—not with a trickle, but with a torrent. Who would kill Morey, a man without an enemy, a man who might as well have been a saint? His tiny, cranky little wife is no help, and may even be a suspect; his estranged son, Jack, an infamous ambulance-chasing lawyer, has his own enemies; and his son-in-law, former cop Marty Pullman, is so depressed over his wife's death a year earlier he's ready to kill himself, but not Morey. The number of victims—all elderly—grows, and the city is fearful once again. Can Grace McBride's cold case-solving software program somehow find the missing link?