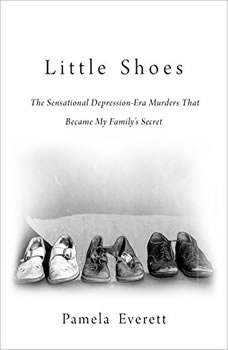 In the summer of 1937, with the Depression deep and World War II looming, a California crime stunned an already grim nation. Three little girls were lured away from a neighborhood park to unthinkable deaths. After a frantic week-long manhunt for the killer, a suspect emerged, and his sensational trial captivated audiences from coast to coast. Justice was swift, and the condemned man was buried away with the horrifying story.But decades later, Pamela Everett, a lawyer and former journalist, starts digging, following up a cryptic comment her father once made about losing two of his sisters. Her journey is uniquely personal as she uncovers her family's secret history, but the investigation quickly takes unexpected turns into her professional wheelhouse.Everett unearths a truly historic legal case that included one of the earliest criminal profiles in the United States, the genesis of modern sex offender laws, and the last man sentenced to hang in California. Digging deeper and drawing on her experience with wrongful convictions, Everett then raises detailed and haunting questions about whether the authorities got the right man. Having revived the case to its rightful place in history, she leaves us with enduring concerns about the death penalty then and now.A journey chronicled through the mind of a lawyer and from the heart of a daughter, Little Shoes is both a captivating true crime story and a profoundly personal account of one family's struggle to cope with tragedy through the generations.