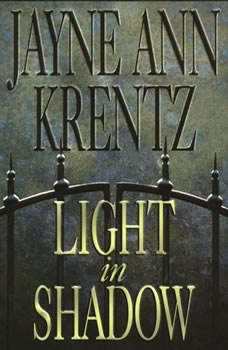 Zoe Luce is a successful interior designer in the Arizona town of Whispering Springs who's developed an unusual career specialty - helping recently divorced clients redesign their homes, to help them forget about the past and start anew. But Zoe knows that some things can't be covered up with a new coat of paint. And when she senses that one of her clients may be hiding a dark secret, she enlists P.I. Ethan Truax to find the truth. Working together, they solve the mystery...and barely escape with their lives. But Ethan's exquisite detection skills are starting to backfire on Zoe: she never wanted to let him find out about her former life; she never wanted to reveal her powerful, inexplicable gift for sensing the history hidden with a house's walls; she never wanted him to know that "Zoe Luce" doesn't really exist. She never wanted to fall in love with him. Now, no matter how much she resists, Ethan may be her only hope - because the people she's been running from have found her. And just when Zoe dares to dream of a normal life and a future with the man she loves, her own past starts to shadow her every step - and threatens to take her back into a nightmare.

Very much enjoy the books by this author and this one was no exception. It was hard to put down and kept you wondering what was going to happen next. The ending was unexpected and I like that in a book. I hate it when you can see the ending coming at least a chapter before you get there. I'm looking forward to reading more of her books!