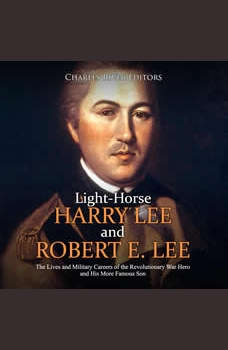 Light-Horse Harry Lee and Robert E. Lee: The Lives and Military Careers of the Revolutionary War Hero and His More Famous Son

Aside from George Washington, many Americans are likely able to name just as many foreign generals on the rebel side as American generals. While names like Lafayette, Pulaski, Ko?ciuszko, and Baron von Steuben are quickly associated with the Revolution, American officers like Nathanael Greene, Anthony Wayne, Horatio Gates, Henry Knox, and Light-Horse Harry Lee are often overlooked. Over 200 years later, Lee is best remembered not for his military or political service, but for being Robert E. Lee’s father, and all the attendant controversy that comes with his son’s legacy. This is unfortunate, given that he was one of the most distinguished individuals of the age.

With the exception of George Washington, perhaps the most famous general in American history is Light-Horse Harry’s son, despite the fact Robert E. Lee led the Confederate Army of Northern Virginia against the Union in the Civil War. Lee was imbued with a strong sense of honor and duty from the beginning, and as a top graduate of West Point, Lee had distinguished himself so well before the Civil War that President Lincoln asked him to command the entire Union Army. Lee famously declined, serving his home state of Virginia instead after it seceded.

Lee is remembered today for constantly defeating the Union’s Army of the Potomac in the Eastern theater from 1862-1865, considerably frustrating Lincoln and his generals. His leadership of his army led to him being deified after the war by some of his former subordinates, especially Virginians, and he came to personify the Lost Cause’s ideal Southern soldier. His reputation was secured in the decades after the war as a general who brilliantly led his men to amazing victories against all odds.