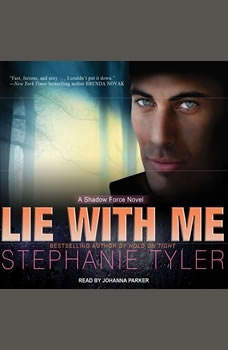 Lie with Me: A Shadow Force Novel

Framed for a double murder, Delta Force operative Cameron Moore is given a new lease on life by the CIA—provided he pays them back by doing their black ops dirty work. But now Cam is ready to renegotiate the deal, and he thinks he's found the perfect bargaining chip: Skylar Slavin, bestselling author of espionage thrillers and the daughter of the CIA man who saved Cam from a prison sentence.Skylar has been living in anonymity, never suspecting that someone so dangerous—and so desirable—would plunge her into a world as treacherous as one of her spy novels. But how can Cam go through with his plan to kidnap Skylar when just the sight of her sets off an explosive attraction he's never experienced before? And when Skylar falls prey to an even more perilous threat, this special ops soldier must call upon all his combat skills to protect the one person who can help him win his freedom—and the only woman he's ever loved.

Liv Davis has just about given up on her happily ever after. Burned by love more than once, she's beginning to think Mr. Right isn't in the cards for her. Marc Chase is a confirmed bachelor and lover of women—lots of them. He's determined not...

Sparks fly when a hardboiled reporter meets a handsome senator. But a political scandal—and attempts on her life—could drive them apart. Or maybe adversity could draw them into a bond even more intense than their steamy sexual embraces.

Something About You
by Julie James

Promises in the Dark
Shadow Force #2

In the Air Tonight
Shadow Force #3