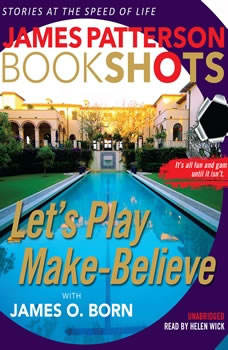 Make believe I love you...Both survivors of the divorce wars, Christy and Martin don't believe in love at first sight and certainly not on a first date. But from the instant they lock eyes, life becomes a sexy, romantic dream come true. That is, until they start playing a strangely intense game of make-believe--a game that's about to go too far.BookShotsLIGHTNING-FAST STORIES BY JAMES PATTERSON Novels you can devour in a few hours Impossible to stop listeningAll original content from James Patterson