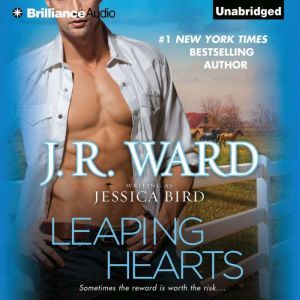 Everyone thinks A. J. Sutherland is crazy to buy a rogue stallion that no rider or trainer has been able to tame. But if anybody has the hustle to make something out of that hell-raiser, it’s A. J. She can’t do it alone, however, so she goes after the great Devlin McCloud, an equestrian legend with a bad leg—and a worse attitude.Devlin recognizes a fighter when he sees one—and that horse isn’t a wallflower, either. Before he knows it, he’s got a wild stallion in his empty stable and a hotheaded, heavenly-bodied rider sleeping on his couch. But can he get all three of them through the championship in one piece? This passion he’s found with his rider is compromising training—and at this level of competition, any distraction is not just unprofessional but downright deadly....“Fans of Nora Roberts...will savor every well-written page.” —Booklist“Truly awesome.” —Huntress Book Reviews