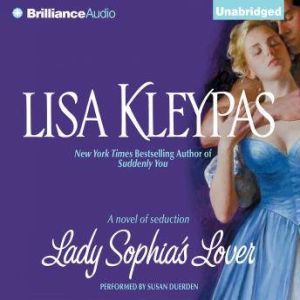 Lady Sophia Sydney would do anything to ensnare the unattainable Sir Ross Cannon. Her goal — to ruin his reputation and cause a scandal that would be the talk of all London. So she insinuates herself into his life by gaining his trust and living in his house. Every morning, her lush presence tempts him beyond all reason...the way she bends over the table to serve him the meals she has prepared...the way her hands oh, so gently — yet sensuously — brush against him. Every night, she promises with her eyes — and her body — that the hours before dawn could be spent in unbridled passion instead of restless sleep — if only he’d let her share his bed. She knows he is falling more in love with her each day. But she never counted on falling in love with him. And she never dreamed he might very respectably ask for her hand in marriage...