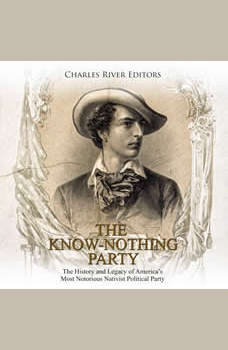 Know Nothing Party, The: The History and Legacy of America's Most Notorious Nativist Political Party

It is not uncommon that a failed movement or group from the past might be cited as a “cautionary” example for the world today. In the wake of contemporary debates over immigration, the “Know Nothings” have been regularly cited as an example of how dangerous nativist attitudes can become and, indeed, have proven to be in America’s history. Several columnists, for instance, have striven to make comparisons between the Know Nothings of antebellum America and President Donald Trump’s immigration policies, helping in part to generate modern interest in a political party that many Americans have heard of but tend to know little about.

The Know Nothing movement can actually be tied to a number of violent episodes and ethnically-charged riots that occurred during the last 1850s. The debate over immigration in the 1850s was more than a clash of worldviews - it touched upon the core of America’s values. While nativists, like the Know Nothings, believed that immigrants who embraced politics from their native lands represented a threat to America’s values, those who opposed them argued that it was precisely America’s values that made immigration a necessity and a valuable component of American life. As the Republicans and Know Nothings spread from the ashes of the Whig Party, the Republicans, led by President Lincoln, rejected nativism and embraced a kind of American exceptionalism. Lincoln did not believe that America was “better” or even more “moral” than other nations, but his brand of exceptionalism advanced the view that America represented a great experiment, one that proposed that a society based on the ideals of the Declaration of Independence (i.e. life, liberty, and the pursuit of happiness). Should it fail, Lincoln believed it would shatter the hopes of the rest of the world as people sought to overcome despotic and tyrannical forms of rule.